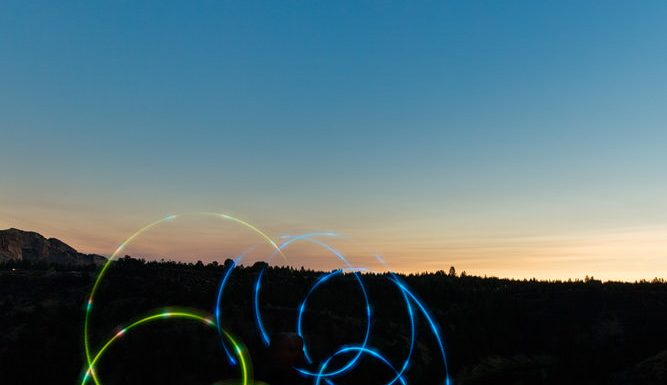 Over the past few weeks I’ve been doing very little activity. Why? I had back surgery at the end of July. We decided to take the down time to do some cool stuff and we ended up in Oregon for the solar eclipse!

Over the years I’ve been doing a lot of photography. It started out as a guilt trip (you know where you feel like you have to take a picture because you are going someplace cool), but turned into another business that I do. It may have turned out differently if cell phones had been in the picture when I started, but I got my first go with a real camera and haven’t looked back since. Here is the image I took for my photography page (If you are interested, it is available for purchase as a fine art print).

I’ve been all over the world, but this was one of the coolest things I’ve seen! 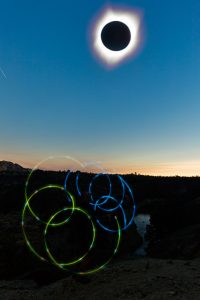 While we were there taking pictures of this totally awesome, only a couple times in your life event, I decided I needed to do something with a jump rope. Why? Well because I’m a professional jump roper and I just have to do it. Since I’m not allowed to do any jumping until October, I decided the best option would be to bust out my glow-in-the-dark jump rope, or more specifically, poi. If you’ve ever seen my jump rope show, the glow rope is one of the best parts of the show.

We only had 1.3 minutes of time during the totality of the eclipse to get the picture. We had 2 cameras setup to shoot a wide angle of the foreground along with a closeup of the sun. It was a little crazy running back and forth between cameras and the foreground, but we were able to pull it off. It’s not the greatest image I’ve ever shot, but it certainly is unique. The people around us were a little confused as to what we were doing, but that’s a normal situation for me. When you’re trying to get a different picture during a solar eclipse, you gotta do what you gotta do.

2017-08-23
Previous Post: Victoria’s Secret Models Jump Rope to Get Toned
Next Post: Juneau Jumpers Team Practice – Where it all started